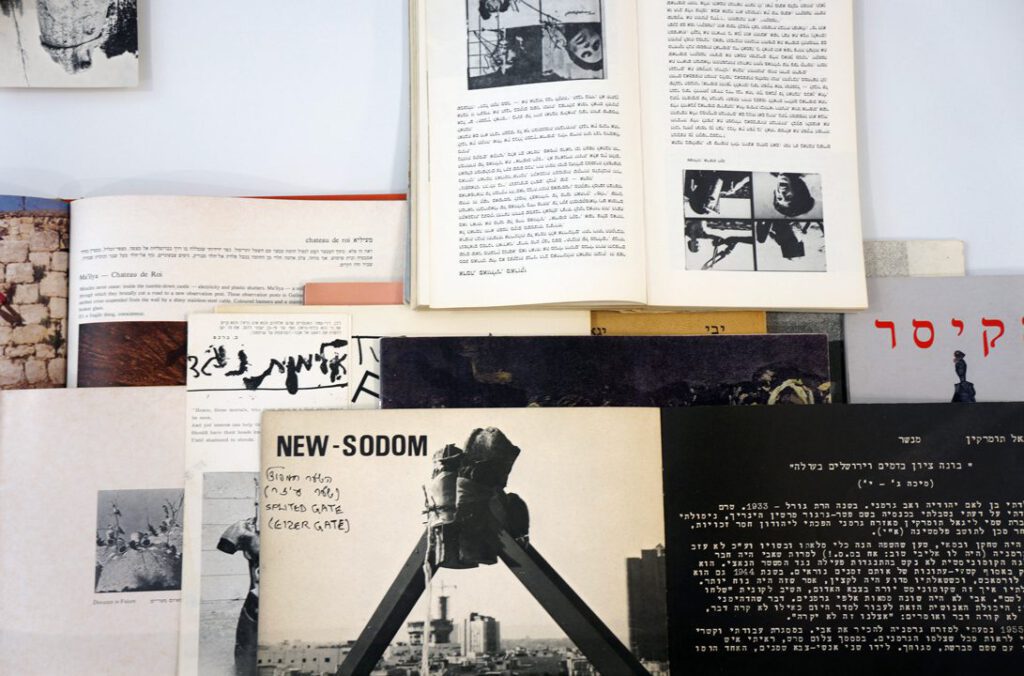 Igael Tumarkin: A Portrait of the Artist as an Open Book

Special display of Igael Tumarkin’s artist’s books, books and catalogues
No other artist in Israel has published so extensively during his artistic years as Igael Tumarkin. Numbered editions of artist’s books, catalogues, children’s books, fiction, non-fiction and biographies. Tumarkin was the writer, designer and photographer of a majority of them. Most of his early publications were self-published, and in the 1970s-1980s he co-published with Massada Publishing House.

Through the books emerges the character of Tumarkin – man of the book, who extracts what he requires from world history and the history of art. The early Florence (Nathan Zach: Instead of Dreaming, First Italian Notebook, 1966) and the later Florence (Florentine Meals with Brunelleschi, Savonarola, Leo X, 2000) are reflections of his hybrid world.
“I am not interested in interpretation,” Tumarkin remarked when describing artistic citation and paraphrase in his work, “[my selection is made] according to the openness, the ‘hospitability’ of works of the past. Some works are like an open door and others are closed in their completeness, like those by Rafael. When something is complete there is no need to add anything.”

A wide selection of publications in the display expresses Tumarkin’s interest in the character of Oedipus, protagonist of the Greek play by Sophocles, as depicted in Pier Paolo Pasolini’s film Oediphus Rex (1967) and also in relation to his film Theorem (1968). A group of etchings is exhibited alongside Tumarkins’s publications, entitled Oediphus Rex (1979), which was created by the artist at the Jerusalem Print Workshop. It embodies the manner in which he combines various sources to form a personal work.